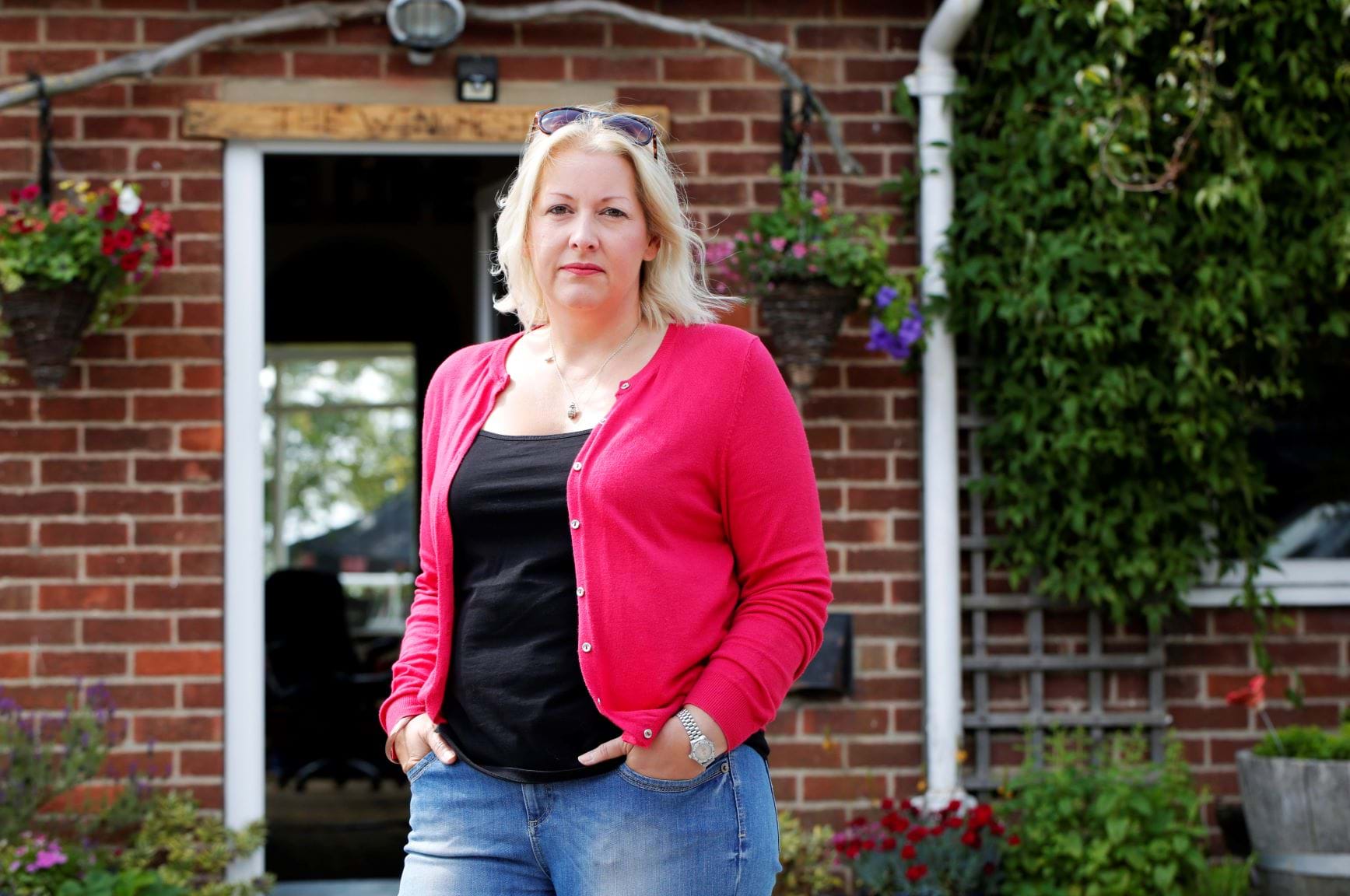 A mother of three is one of a group of 40 women bringing a claim against Johnson & Johnson about its mesh products, with help from Thompsons Solicitors.

Forty-six-year old Bonita Barrett, who lives near York, had mesh surgery in 2015 as an ‘add on’ when treated for prolapse, and has been in constant pain ever since. The pain was such that she found it difficult to visit her father who was dying of cancer and she had to stop working for the family’s food producing business. She lost her father in the midst of her pain as well as her independence as she became reliant on her husband and children for everything.

“The doctor said I had mild stress urinary incontinence that they could fix at the same time as they sorted the prolapse,” Mrs Barrett said. “I looked online and saw some articles about mesh complications however my surgeon assured me they weren’t using mesh so I went ahead with it.”

The information leaflet Mrs Barrett was given about her tension-free vaginal tape obturator (TVTO) surgery was out of date and did not include any of the warnings of Johnson & Johnson’s Gynecare implanted product and that it was, in fact, mesh.

“Johnson & Johnson doesn't just owe me an apology, they owe an apology to my kids, my husband and my parents. Nobody wants to see their mum, wife or daughter in this amount of pain, especially when it shouldn't have happened in the first place."

A few weeks after the operation, she told her doctors of tightness and achiness but was informed that it was perfectly normal and was prescribed pain relief medication. A year after her surgery, Bonita felt a sudden pain in her leg that came with every step she took. She had an MRI scan and was told there was nothing wrong with the tape and was referred for pain management.

Mrs Barrett added: “It felt like they washed their hands of me, and yet my legs felt as if they were on fire while my buttocks felt like an ice pack. I couldn’t even sit down and to even slightly relieve the pain I needed to lie flat all of the time.”

In 2017, Mrs Barrett had surgery to remove the mesh but not all of it could be taken out, as it was inserted into a nerve-rich area, which surgery risked damaging further. She has seen some improvements to her health since her most recent surgery in January this year but is still in pain.

“I was in so much pain, that I scarcely visited my dad, who was dying from terminal cancer, as I could barely leave the sofa. He was really keen for me to have the removal and feel some sort of relief. He died a week before my surgery meaning I came out of hospital and went straight to his funeral in a wheelchair. I am angry and heartbroken that mesh stole the little time I had left with my dad.

“Mesh has ruined my life and my family’s as well. My daughter, who was 15 at the time I was at my worst, had to grow up far quicker than she should have. While my husband was at work I was left lying on the sofa in agony. She’d come home from school, check my pain medication, sort the washing and sort tea out for everyone.

“Johnson & Johnson doesn't just owe me an apology, they owe an apology to my kids, my husband and my parents. Nobody wants to see their mum, wife or daughter in this amount of pain, especially when it shouldn't have happened in the first place. And I'm just one person out of thousands who have been affected by mesh. It’s a disgrace.

“I used to have a great family life, a great job and a great social life. Now I’m a shell of who I used to be.”

View our campaign: Say No To Mesh
Start a claim
Back to top