The Bill, which is being tabled in the House of Commons today, will give police officers more powers

Paul Shevlin, head of professional misconduct and criminal law at Thompsons Solicitors, comments on the Bill - and the impact that will have on disadvantaged groups.

“Later today, MPs will vote on this government’s flagship crime legislation – the Police, Crime, Sentencing and Courts Bill – in Parliament.

“The Bill covers a wide array of areas of policing, such as increasing sentences for those who assault emergency workers, life sentences for killer drivers, and making it illegal for sports coaches and religious leaders to engage in sexual activity with 16 and 17-year-olds in their care. 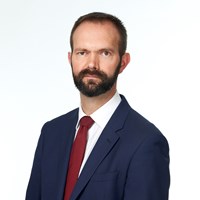 The heavy-handed response of the Metropolitan Police at the Reclaim These Streets vigil at Clapham Common on the weekend vividly illustrates the controversial road the Bill takes us down as a society.

“However, buried amongst these positive reforms are a number of measures that will curtail people’s right to protest, create a situation where damaging a statue could be deemed a more ‘serious’ offence than assaulting a woman, and criminalise Gypsy, Roma and Traveller communities.

“The heavy-handed response of the Metropolitan Police at the Reclaim These Streets vigil at Clapham Common on the weekend vividly illustrates the controversial road the Bill takes us down as a society.

“Restricting people’s right to peacefully protest at this time has created a perfect storm.  Even the Home Secretary, Priti Patel - not known for her humanity - called the footage of the policing “upsetting”, which is probably as close as you will get from this government to an acknowledgement that the police actions were unjustified.

“The government claims the Bill will make the streets safer but, in reality it is a highly political move with many of the proposed laws only serving to entrench prejudice and push already disadvantaged groups further to the margins.

“We support the opposition of the Labour Party to these measures and suggest that the government needs to rethink the draconian aspects of the Bill.”