Asbestos: Past, but present 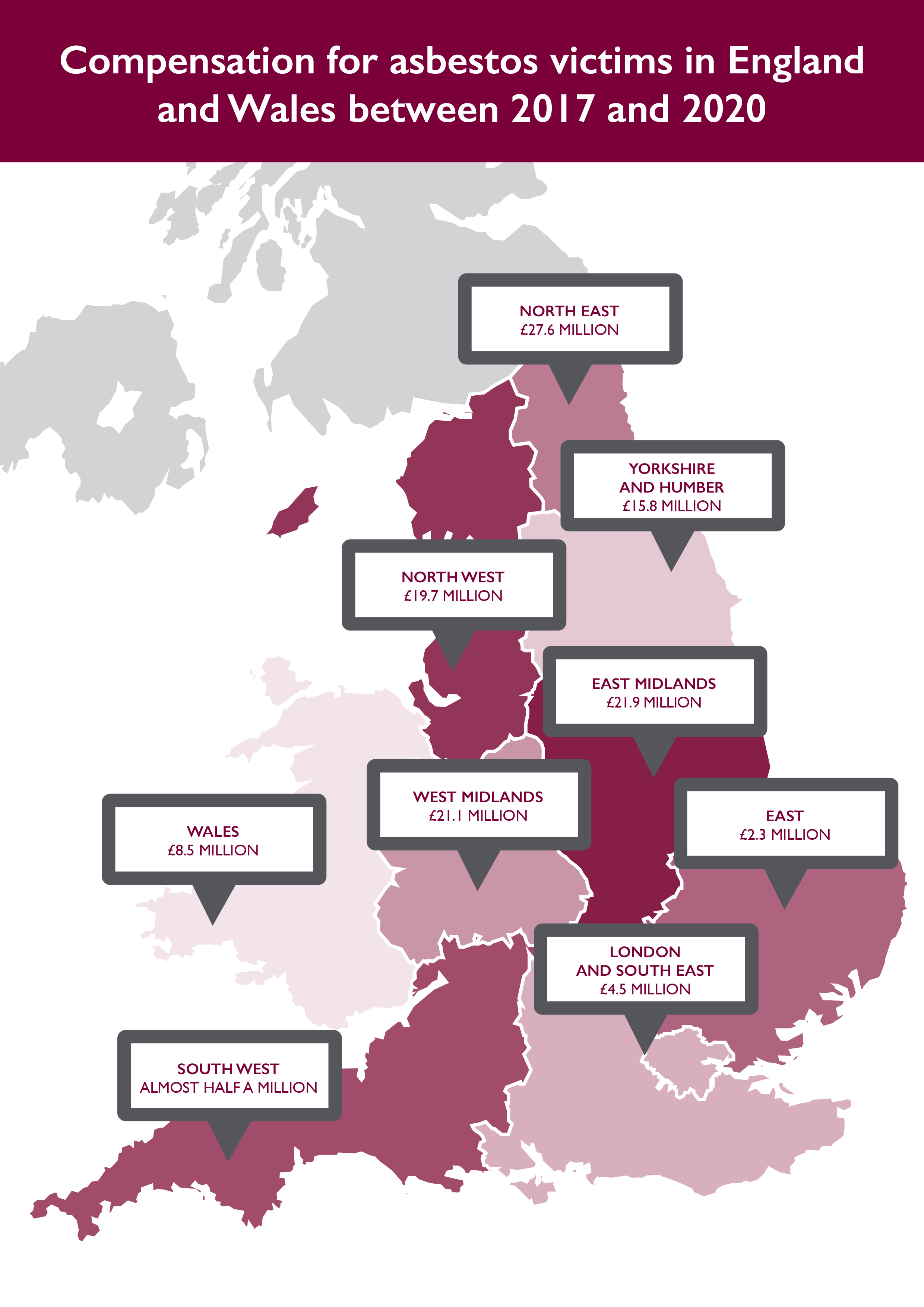 Asbestos has left a devastating legacy – it is the greatest single cause of work-related deaths in the UK.

Employers and insurance companies want to hide their track record of exposing workers – and those around them – to the history books. But at Thompsons, we know that for thousands of families every year, forgetting about asbestos is not an option.

Despite being banned almost 20 years ago in the UK, asbestos materials are responsible for thousands of serious illnesses and deaths every year. Shockingly, the number of people killed due to asbestos exposure still hasn’t reached its peak, and the figure is expected to keep rising until 2020. Our asbestos specialist, Louise Larkin, has commented on why the official statistics on death rates keep getting revised here.

The 20th anniversary of the ban on the use of asbestos in the UK is an opportunity to reflect that although asbestos was banned two decades ago, families and communities are still affected by its legacy. We’ve supported thousands of families who have lost loved ones as a result of asbestos-related diseases caused by past exposure to asbestos.

At Thompsons, we’re also using the anniversary to never forget that asbestos is very much present today. Many buildings, factories, schools and hospitals that were built before 1980 in the UK are contaminated with asbestos dust, which means every day local authority workers, construction workers, children, teachers, nurses, and doctors are at risk of exposure to asbestos if it isn’t identified and contained properly, and that in turn means a risk of developing an asbestos-related disease.

While asbestos is no longer used in the UK, its effects are long-lasting. The use of asbestos may be a thing of the past, but its consequences are being felt in the present by those directly affected by diseases like mesothelioma, and those who have lost loved ones prematurely as a result of past asbestos exposure.

Five things you need to know about asbestos

“Although there are no new imports and uses of asbestos here, there are still thousands of tonnes present in our national infrastructure. We should also take this as an opportunity to remind people why this ban is vitally important. In these times of political instability, the repeal of the asbestos ban is not beyond the realms of possibility.”

Read our comments on the 20th Anniversary

Who is affected by asbestos?

Asbestos is most often associated with tradespeople, shipbuilders and those in other manual labour roles, particularly those who worked in those industries before 1999 when the ban was introduced. However, asbestos lurks in buildings across the UK, including in schools and hospitals, often undetected but also known about but chosen to be ignored. Its presence can cause a number of asbestos-related diseases, which will not become apparent until many years after the exposure occurs.

In 1972, we brought about the first-ever successful asbestos disease case in the UK to the House of Lords. Since this landmark ruling, we have been proud to be involved in every successful test case for asbestos.

Our specialists have supported tens of thousands of workers with compensation claims. In some cases, we’ve supported clients who have developed asbestos diseases as a result of childhood exposure, living and playing near factories where asbestos was being manufactured into numerous products, or as a result of exposure from the clothes of loved ones who worked with asbestos dust.

Thompsons Solicitors has unrivalled experience and expertise in asbestos claims, which means our lawyers naturally understand the traumatising effect that an asbestos disease diagnosis can have for sufferers and their loved ones. We can support asbestos victims through making a claim and make sure they, and their families, are kept informed as the case progresses and kept financially secure. We take away the worry of bringing a claim and because we instinctively know what to do - our clients have complete confidence in us.

Learn more: A History of Asbestos Cases and Landmark Litigation

We're privileged to act for the victims of asbestos disease. This video is dedicated to our clients and their families who have faced the horror of asbestos exposure.

Lisa’s dad, Billy, passed away after being diagnosed with mesothelioma. We helped Lisa to hold his past employers accountable for his asbestos exposure.

Our #PastButPresent campaign aims to give a voice to sufferers, their families and communities that continue to be affected by asbestos-related diseases, ensuring their stories from the past remain to the fore in the present.

A guide to an asbestos-related disease case

If you or a loved one think you may be suffering as a result of previous asbestos exposure, our asbestos experts can help you.

They can provide legal guidance and signpost you to a number of support services and medical professionals in your area.
Learn more about the process of an asbestos-related case and the steps you and our lawyers will take after making an asbestos claim.

Learn more about an asbestos case