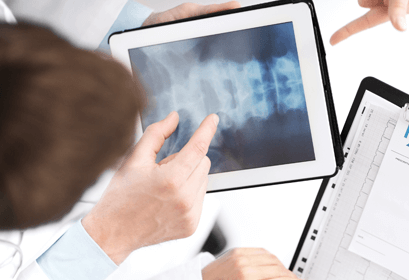 Our client's husband was admitted to hospital to undergo a discectomy, an operation to relieve pressure on the spinal cord. During surgery, while the wound was being closed, the patient's cardiac output fell and, despite efforts to revive him, he died on the operating table.

A post mortem revealed an eight millimetre hole in both the iliac artery and iliac vein and it was concluded that the damage could only have been caused by negligent surgery.

The hospital's insurers did not provide a defence and Thompsons was forced to issue court proceedings on behalf of the client. Thompsons finally agreed a substantial settlement of £275,000 in clinical negligence compensation before the trial reached court.

Find out how we supported a widow to make a compensation claim after her husband died on the operating table while he was undergoing a spinal cord procedure.