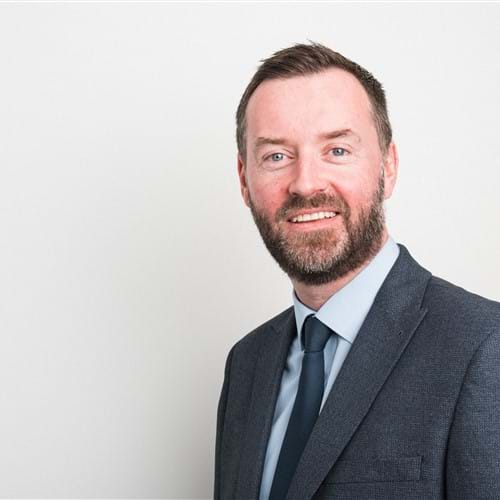 Tony is the National Head of Asbestos Strategy at Thompsons, with responsibility for designing and delivering the firm’s asbestos strategy and ensuring best practice across all of Thompsons’ asbestos case work.

Tony is also branch manager for Thompsons Solicitors’ North East branch, which is based in Newcastle and covers claims across the North East and Cumbria.

With a focus on ensuring that Thompsons’ staff provide high-quality expert advice and representation to injured and mistreated people across the region, Tony leads the North East branch’s specialist personal injury teams as well as those dealing with employment rights, professional misconduct and criminal casework.

Tony joined Thompsons in 2001 and completed a training contract with the firm’s Newcastle Office. Since then, Tony has gained a wealth of experience as a specialist asbestos solicitor. Tony was also unit manager at the firm’s personal injury department.

As a solicitor, Tony has had considerable success in claiming compensation for clients suffering from asbestos-related diseases. Tony became the first lawyer in the UK to win a “third generation” asbestos exposure case when he secured compensation for a woman who had contact with the material through her grandfather’s work clothes.

One of the greatest privileges of Tony’s career has been to represent victims of asbestos exposure, who Tony says have always shown courage and dignity in the face of a devastating diagnosis. It has been especially pleasing for Tony to ensure that so many victims and their families have received the maximum amount of compensation in the shortest possible time.

“Third generation” asbestos exposure claim: In a landmark and highly unusual case, Michelle Campbell was diagnosed with mesothelioma when she was only 45-years-old. Symptoms do not usually emerge until 30 to 40 years after contact with asbestos, but Tony discovered that she had been exposed to the material as a child through the work clothes of her grandfather who was employed at Portsmouth docks for more than 40 years. He often visited Michelle's house wearing work clothes covered in asbestos dust. Tony won a £140,000 settlement for Michelle and her family in what was the first ever successful “third generation” asbestos-related claim.

High Court claim: The widow of a 53-year-old man was awarded six figure compensation after the High Court heard that he had been exposed to asbestos when he was a child and when he subsequently served as a colonel in the army. When he was between the ages of two and five in the early 1950s he lived with his parents at an RAF base and slept close to a radiator which had pipes covered in asbestos. He also played in a cupboard at the RAF quarters which contained pipework insulated with the material. He was subsequently exposed to asbestos-based building material between 1986 and 1995 when he served as an army officer. The Ministry of Defence denied liability, but the High Court found in his favour. Tony concluded similar cases on behalf of the man’s siblings for an additional £640,000.

Tony’s former client said: “My brother and I were impressed with the way that Mr Anthony Hood handled my father's claim. He was very professional and explained everything clearly. We were particularly impressed by the sensitive way he interviewed my father when he was very ill and I know my father had full confidence in him. Communications were handled efficiently throughout the process and we were kept fully informed by letter, email and sometimes conference calls arranged at our convenience. As a result we would have no hesitation in recommending Thompsons.”

Another of Tony’s former clients said: “I would like it to go on record that the dealings I have had over the past several months with your representative Mr Anthony Hood have been absolutely exemplary from start to finish! Not only did Mr Hood keep me fully informed at every stage but his courtesy and manner at all times was second to none. Right from the first visit of Mr Hood to my home he put me immediately at ease and any doubts I had were quickly dispelled. I have to say without any hesitation that as a representative for Thompsons he is first rate - a true gentleman. I shall have no hesitation in recommending both Thompsons and Mr Hood if asked to do so.”

Tony is a member of the Association of Personal Injury Lawyers (APIL).

Tony has also been mentioned in the Legal 500 for being “noted for his specialism in claims arising from asbestos-related diseases”.