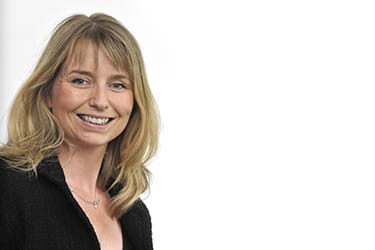 National Head of the Serious Injury and Clinical Negligence Team

Samantha is responsible for designing and delivering the firm’s serious injury and clinical negligence strategy, developing campaign initiatives and ensuring best practice across all of Thompsons’ serious injury and clinical negligence case work. Samantha works closely with trade unions and industry groups to ensure that the firm’s clients receive the very best expert support and advice.

Samantha has more than 20 years’ experience as a solicitor, specialising in maximum severity cases, including brain injuries, spinal cord injuries, severe burns and amputations. She is renowned for recovering the maximum amount of compensation for her clients and has successfully settled a number of multi-million pound claims to include both lump sum and periodical payments. Her highest settlement to date is £8.3 million.

With many years’ experience, Samantha is well known for recovering the maximum amount of compensation that she can for her clients. She is used to settling multi-million pound claims to include both lump sum and periodical payments. Her highest settlement to date is £8.3 million.

Below you will find a few examples of the serious injury claims that Samantha has dealt at Thompsons Solicitors.

A 29-year-old man fell 20ft when a scaffolding gantry, on which he was standing, collapsed. It was later discovered that the platform had been built with defective bolts.

He suffered catastrophic injuries and after an extended period in intensive care and a further 18 months in hospital, he was released into the care of a multi-disciplinary care team with 24 hour support. His brain injury significantly affected his ability to walk, talk and use his upper limbs. Although he has made significant improvements since his accident, and is able to walk with assistance, talk and has use of his upper limbs, he remains severely disabled.

Samantha secured several interim payments from his employer in order to pay for the construction of a specially adapted bungalow with hydrotherapy room. His claim settled during court proceedings for millions of pounds to ensure his complex needs will be met for the rest of his life.

Samantha’s client suffered serious injuries when the driver of a lorry fell asleep at the wheel and caused a head-on collision.

Although he sustained multiple orthopaedic injuries and a significant head injury, he is able to live independently with support. He will require ongoing care and therapeutic support for the rest of his life. Samantha secured over £4 million in compensation on his behalf.

A young man was left paralysed after being involved in an accident at work, when the tines of a fork lift truck fell onto him and crushed his spine.

Although the employer denied liability, the matter was successfully resolved with Samantha securing interim payments and a final settlement of several million pounds.

A foundry worker suffered 65 per cent burns when he was engulfed in steam and smoke after a machine malfunctioned at his workplace. He was left with permanent scars and was unable to return to work in the foundry because of the psychological damage caused by his injury.

Samantha recovered a very significant sum in compensation for him, on the basis that the work equipment was faulty and that the system of work was unsafe.

Thompsons Solicitors LLP is rated a first tier / band one firm by the Legal 500 and Chambers (directories of law firms) for its personal injury work in the north east.

Samantha Hemsley, the National Head of the Serious Injury and Clinical Negligence teams, has unparalleled expertise in catastrophic injury claims. Leading from the front, her strong social justice ethic, steely determination and infectious desire to achieve the best results for her clients inspire the firm's staff throughout the country.