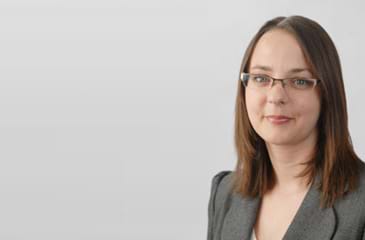 Operating from Thompsons Solicitors’ Cardiff and Bristol offices, Lisa Gunner is a highly experienced serious injury lawyer who leads a team dealing with serious injury and clinical negligence. She is involved in cases involving claimants from across South Wales and the South West who have been involved in a wide range of accidents on the road and at work and where there is either public or occupiers liability.

Some of the claimants represented by Lisa have sustained catastrophic injuries where compensation can amount to more than £1m. Invariably the injuries are life-changing and have a massive impact on the clients, often involving amputations, trauma to the brain, spine and sometimes affecting their mental health.

Lisa has taken cases involving both children and adults and always strives to conclude for the highest feasible settlement as quickly as possible.

As an integral part of her role, Lisa has considerable experience in organising teams of specialists with a wide range of expertise, who draw up detailed plans for the rehabilitation of the client. Importantly, Lisa ensures advance payments of compensation are made as quickly as possible to provide initial funding for the rehabilitation and to cover financial losses already incurred.

Lisa points out that Thompsons only takes cases on behalf of claimants and that all members of the firm aim for the common objective of giving clients the best possible service in pursuing claims against employers or insurers.

Away from work, Lisa likes listening to live music and takes part in pilates and horse-riding.

Lisa was shortlisted for 'Catastrophic Injury Lawyer of the Year' in the 13th Personal Injury Awards by Claims Media.

Amputation claim: Lisa took a case involving a worker who lost three of his fingers when they were trapped between rollers in a printing machine which was not protected by a guard.

Unfortunately the man’s injuries meant he was unable to return to work after the accident and many everyday tasks became either difficult or impossible.

Lisa secured a considerable sum which gave the client long term financial security and enabled him to purchase two state of the art prosthetic fingers from Touch Bionics, which is a leader in the field. Surgeons replaced the third finger by transplanting his toe. Without the compensation, secured through Lisa’s persistence and legal acumen, the man would have been unable to afford the prosthetic fingers which have enabled him to perform everyday tasks.

Serious Injury claim: Lisa secured substantial compensation for a man who suffered a wide range of life-threatening injuries when he was struck by a car driven by someone who had exceeded the drink-drive limit. The clients’ long list of serious injuries included a punctured lung, brain injury, a complex open elbow facture, a broken femur, tibia and pelvis, and radial nerve palsy in the left arm.

Despite a prolonged stay in hospital and a number of operations the man was left with persistent disabling pain, limited use of his dominant arm and restricted mobility. His disabilities meant his daily activities were severely restricted and he was unable to return to work.

The client needed daily care and a range of expensive equipment, but he was delighted with the settlement secured by Lisa which gave him a degree of hope for the future.

Brain Injury claim: In another case Lisa secured a significant settlement for a man who suffered life-changing injuries when he was hit by a stolen car.

Among the injuries sustained was a catastrophic brain injury which meant the man was unable to live independently and required lifelong support and care. He was also unable to manage his financial affairs and a deputy was appointed.

Lisa secured the services of a case manager and together they were able to draw up a comprehensive care and rehabilitation programme which was praised by all experts involved in the claim. The settlement was approved by the court.

“We are very grateful for the practical assistance you have given us in circumstances that were very difficult for us and for the manner in which you have handled my mother's claim which has been both professional and sympathetic. I appreciate that you will have done far more than has been immediately apparent and believe the outcome to be far better than might easily have been the case. We have indeed been fortunate to have had you acting on our behalf.”

“Please accept my grateful thanks for all the work that you, and your team, put in to reach such a satisfactory conclusion to your investigations on my behalf. I would have no hesitation in recommending you, and your expertise, to anyone finding themselves in such a situation as mine.”

David Knifton, Queen's Counsel: "In the south west, Lisa Gunner stands out in her ability to secure outstanding results in the most challenging cases. She has just concluded a seven-figure settlement for a pedestrian in a brain injury case where an experienced London QC had advised there was no realistic prospect of success."

The Legal 500: "Lisa Gunner is second to none – she is meticulous in her preparation and always gets the best result for her client, she wouldn’t be out of place in any of the top serious injury teams in the country."