The increased number of deaths due to asbestos exposure should concern everyone, yet most people wrongly think that asbestos is a problem of the past, not the present.

Despite the importation of asbestos having been banned over 40 years ago, asbestos continues to be the greatest single cause of work-related deaths in the UK, and it is reported that the number of people killed due to asbestos exposure is expected to keep rising until 2020.

Has the number of asbestos-related deaths reached its peak?

The Health and Safety Executive predicted that the number of deaths caused by mesothelioma would peak in 2012. This was later changed to 2016 and then 2018 and now it’s 2020.

Statistics published in 2019 noted that annual asbestos deaths in the UK have increased steeply over the last 50 years. The dangers of asbestos are now well-known throughout numerous industries and regulations designed to control exposures to asbestos have been in force for several years. Nevertheless in 2017, there were 2,523 mesothelioma deaths and the latest projections suggest that there will continue to be around 2,500 deaths per year for the rest of the decade before, it is statistically predicted, numbers will begin to decline.

But the official statistics have been wrong in the past and whilst Professor Peto, Professor of Medical Statistics and Epidemiology at the University of Oxford, has previously predicted that mesothelioma deaths would decline in time, that has yet to come to pass.

A recent epidemiological study of mesothelioma in the UK confirmed that former building tradespeople, such as electricians, plumbers and joiners, are at a higher risk of developing mesothelioma than other occupations as a result of their extensive use of insulation board within buildings; but it’s not just tradespeople that have been affected.

Nearly 700 schools have been recently referred to the national health and safety body over concerns they are failing to safely manage asbestos in their buildings, meaning that potentially thousands of staff and pupils have been and possibly remain at risk. It is thought that about 85 per cent of school buildings in England contain asbestos, particularly schools that were built between 1945 and 1975. In addition, a Freedom of Information request revealed that 198 out of 211 NHS Trusts have asbestos in their buildings, leading to exposure risks for health workers in our hospitals. 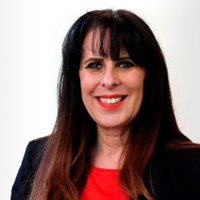 It will still be a long time before we can say that the impact of asbestos is something of the past. Until this is the case, Thompsons Solicitors will continue to campaign for the rights of the families and communities who have been devastated as a result of avoidable exposure.

Asbestos: a problem of the past that still affects people today

They say that there are “lies, damn lies and statistics”. So far the predictions for a peak in asbestos related deaths have been wrong on three occasions and the figures show no sign of dropping, only a year away from the next predicted peak in 2020.

The medical consequences of asbestos exposure take a minimum of 10 years to develop and typically, it usually takes 30 to 40 years from exposure for the first symptoms to develop. There is no upper limit after which time a person is deemed “safe”. Awareness of the dangers of asbestos may be better known and managed today, but given the level of asbestos in public and industrial buildings - such as schools, hospitals, factories and older council housing stock – as well as ignorance of its dangers in the past, then there is a cohort exposed over the past decades yet to learn their fate.

It is vital that plans are put in place to control asbestos safely wherever it is present. More needs to be done by those in charge of public buildings to ensure that asbestos is properly managed, which involves identifying where it is and what condition it is in. It may not be an issue - if it remains undisturbed and it is highly unlikely that there is a significant risk - but turning a blind eye is no longer an option.

Let’s hope that asbestos deaths do drop at the turn of the decade, but sadly it will still be a long time before we can say that the impact of asbestos is something of the past. Until this is the case, Thompsons Solicitors will continue to campaign for the rights of the families and communities who have been devastated as a result of avoidable exposure.

Find out more about the work we do to support victims of asbestos-related disease and to raise awareness of the issue on our Past, but Present campaign page.