Disproportionate risk faced by motorcyclists on our roads

Ahead of Global Road Safety Week 8-14 May 2018, Thompsons Solicitors discusses the vulnerable position that motorcyclists continue to find themselves in

The fourth United Nations Global Road Safety Week is focusing on speed as a key risk factor involved in road traffic accidents and fatalities. The #slowdown campaign aims to raise awareness of the dangers posed by speed and in turn, reduce the number of road traffic deaths and injuries.

According to the report published by the London Transport Assembly Committee last month, motorcyclists still face a disproportionate risk when travelling on London roads, despite only accounting for 1% of all journeys made in London. Over the past two years, data from TfL indicates a 29% increase in the number of motorcyclists killed or seriously injured.

These figures are reflected on a much wider scale: in 2016, the Department for Transport (DfT) found that per mile ridden, motorcyclists are sixty times more likely to be killed in a reported road traffic accident than any other road user.

Younger motorcyclists riding motorcycles with smaller engines have been found to make up a significant number of non-fatal motorcycle casualties. However, these statistics alter dramatically in relation to fatalities. In 2017, older riders on larger motorcycles were the most likely group to be involved in fatal accidents. 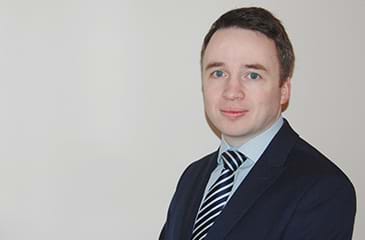 "We understand the importance of taking steps to reduce the risk posed to bikers and are supporting Global Road Safety Week’s campaign to promote understanding of the role speed plays in the frequency of road collisions."

David Robinson, senior road accident specialist at Thompsons Solicitors said: “These statistics illustrate the devastating risks faced by motorcyclists on our roads. We understand the importance of taking steps to reduce the risk posed to bikers and are supporting Global Road Safety Week’s campaign to promote understanding of the role speed plays in the frequency of road collisions.

“We’re proud to have successfully won hundreds of motorcycle road accident claims for our clients, and have recently entered into a partnership with the UK’s top motorcycling website, Visor Down, to offer free legal tips and advice to the biking community.”