Almost 6,000 drivers were penalised for using their phones illegally in the four weeks following new penalties for the crime.

According to figures revealed in a freedom of information request, more than 200 drivers were caught a day – roughly one every seven minutes – with a third of the offences taking place in London. The figures could in fact be far greater because seven police forces didn’t provide information. 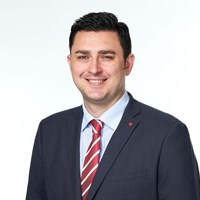 …it’s time for a further push on those who ignore the rules, through increased fines and better knowledge of the risks, to ensure fewer lives are devastated and lawyers don’t have to step in to try and pick up the pieces.

Drivers caught during the campaign included a school minibus driver, who was using a mobile with 10 children on board, as well as a man doing online banking while driving on the M5, and a lorry driver using the phone while on a roundabout.

There were 22 fatalities and 99 serious injuries on the roads in 2015 as a result of drivers using mobile phones, according to Department for Transport figures. Thompsons echoes concerns from campaigners, such road safety charity, Brake, which has called for a significant increase of the £200 fine to deter offenders from “selfishly using their mobile phones behind the wheel”.

“For the vast majority of drivers, the thought of drinking or taking drugs before driving would never cross their mind,” said Paul Brown, a senior serious injury solicitors at Thompsons. “But, unfortunately, using a mobile phone is yet to become such a taboo, despite the potentially fatal consequences it can have.

“Our road accident specialists work closely with those injured on the roads, and their families, so we know the impact this reckless behaviour can have. But it’s time for a further push on those who ignore the rules, through increased fines and better knowledge of the risks, to ensure fewer lives are devastated and lawyers don’t have to step in to try and pick up the pieces.”