The daughter of a Durham man is appealing to his former colleagues at Patchogue-Plymouth, later known as Amoco Fabrics, for help.

Thomas Parker, known as Tot or Tommy, died in June last year aged 86 – four months after being diagnosed with mesothelioma. The cancer, which affects the lining of the lungs, is often caused by asbestos exposure that occurred decades earlier.

Mr Parker worked at the textiles factory between 1971 and 1981, first as a cleaner and later as a machine operator. In August 2017, the great grandfather-of-five went to the doctor after experiencing shortness of breath and finding his usual walking routes a challenge. Hospital tests confirmed he had mesothelioma. Mr Parker was hospitalised multiple times with chest infections before he died last summer.

His daughter, who did not wish to be named, is now investigating a mesothelioma claim with Thompsons Solicitors. She said: “The mesothelioma had a terrible effect on his health and we want to know how he developed this horrific disease.

“If anyone has information about the working conditions my dad experienced while at the factory, or if asbestos was present at the factory between 1971 and 1981, please get in touch as soon as possible.” Thomas Parker, who passed away after being diagnosed with Mesothelioma, with his wife Alma 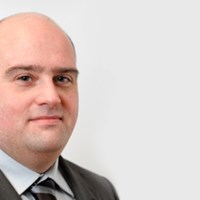 Any information relating to the presence of asbestos at Patchogue-Plymouth, later called Amoco Fabrics, could be of huge benefit to this case.

Asbestos experts Thompsons Solicitors have supported families with claims since it brought about the first successful case for asbestos-related disease compensation in the House of Lords in 1972. The firm has recently launched its #PastButPresent campaign to give a voice to the families and communities that have been devastated by the disease.

Andrew Venn, the solicitor dealing with the claim, said: “If you or anyone you know worked at the factory, please get in touch as soon as possible. Any information relating to the presence of asbestos at Patchogue-Plymouth, later called Amoco Fabrics, could be of huge benefit to this case.”

Anyone with information can contact Andrew Venn on 01912 690 412 or email AndrewVenn@Thompsons.law.co.uk.