Graham Jackson, 73, from Hedon in Hull, was diagnosed with mesothelioma in November last year.

A retired police officer from Hull is appealing to his former colleagues for help after being diagnosed with an asbestos-related cancer.

Graham Jackson, 73, from Hedon in Hull, was diagnosed with mesothelioma in November last year (2019) – a cancer that affects the lining of the lungs and is often caused by asbestos exposure. 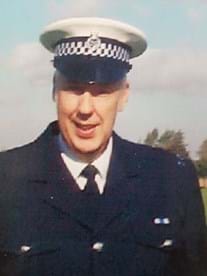 The former police constable worked for Humberside Police from 1962 until 2000 and is now appealing to anyone who used to work with him to come forward with additional information about their working conditions.

“The diagnosis has floored me,” said Mr Jackson, who started at Crowle Street Police Station as a police cadet, aged 16, and worked there until 1969. He then moved to Queen’s Gardens Police Station in 1969 until 1974 then again from 1982 until 2000.

He stoked the boiler at Crowle Street where the pipes were lagged with asbestos and swept up the dust, including asbestos dust. When he worked at Queens Gardens Police Station, he carried out firearms training and worked in the filing room. He was exposed to the fibres due to asbestos lagged pipes being in a bad state of repair and maintenance work being carried out.

Mr Jackson, who is a married grandfather-of-two, visited the GP late last summer after developing a cough, shortness of breath, weight and appetite loss. He was referred to Hull Royal Infirmary, where tests revealed substantial fluid on his left lung. Further tests at Castle Hill Hospital confirmed he had mesothelioma.

He is now appealing to anyone who may have worked alongside him to speak to asbestos experts, Thompsons Solicitors. The firm has been supporting families with claims since the first successful asbestos claim at the House of Lords in 1972 and only represents workers and their families who have developed asbestos diseases - never acting for employers, defendants or insurance companies.

“I have always been a fit and active man,” Mr Jackson said. “I love my grandchildren, and I don’t have as much energy to play with them as I used to, which is devastating to me. This condition has changed everything.”

Paul Corrin, an asbestos disease specialist at Thompsons Solicitors who is working with Mr Jackson, said: “People often assume asbestos-related conditions are a thing of the past and that those illnesses only affected men in certain trades. But that’s not the case. Sadly, asbestos exposure decades ago is still having a profound impact on families across this country, and it is affecting men and women of many professions: from plumbers to nurses.

“We are hoping that, with the help of those who worked with or near to Graham, we can support him with a compensation claim and get him the answers he deserves.”

Anybody who worked with Mr Jackson at Crowle Street Police Station, Queen’s Garden Police Station or has information about asbestos in these locations, please call Paul Corrin on 0113 367 7423 or email paulcorrin@thompsons.law.co.uk.