82-year-old Aubrey Lockwood has been diagnosed with mesothelioma 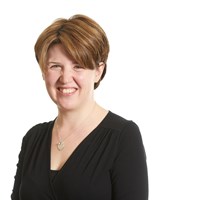 We hope this appeal will allow us to get more information about the presence of asbestos at Drax Power Station from those who worked there, either during construction or later on, and ultimately get the much-needed answers that Aubrey and his family deserves.

An ex-handyman at the Drax Power Station in North Yorkshire is appealing to former colleagues to come forward with information about the use of asbestos at the premises after being diagnosed with the terminal asbestos-related cancer, mesothelioma.

Aubrey Lockwood, an 82-year-old from Belton near Scunthorpe, was diagnosed with mesothelioma – a form of cancer that is caused by asbestos exposure – in January 2018.

He believes he was exposed to asbestos while working on the first phase of the power station’s construction between 1969 and 1971, where he was installing soot blowers on the boilers. He would work alongside contractors, who were using lagging to insulate the boilers and pipework.

“My sister is a nurse and picked up on the fact that I’d been coughing a lot,” said Mr Lockwood.

“I thought it was nothing more than a cold but went to my GP nonetheless. They knew something wasn’t right and, after an x-ray, I was given the shocking news that I had cancer.

“Getting a cancer diagnosis is bad enough. Knowing my cancer was likely caused by my working conditions, and that I could, and should, have been better protected by employer is devastating.”

After his diagnosis, Aubrey has turned to asbestos specialist lawyers Thompsons Solicitors – the firm behind the UK’s first-ever successful asbestos disease case – to investigate his case.

Aubrey added: “The Drax Power Station development was a huge project in the region, and in my two years on the job I worked with a wide array of labourers and laggers. I’m hoping this will mean that there is someone out there who will know about asbestos use at the power station, and who can help me understand how I was exposed in the first place.”

Helen Tomlin, of Thompsons Solicitors, said: “More than 2,500 people are diagnosed with mesothelioma in the UK each year – despite the fact that asbestos was banned outright almost two decades ago. It continues to devastate people’s lives across the country and we for one are committed to championing the ongoing fight to bring those responsible to book.

“We hope this appeal will allow us to get more information about the presence of asbestos at Drax Power Station from those who worked there, either during construction or later on, and ultimately get the much-needed answers that Aubrey and his family deserves.”

Anyone with further information should contact Helen Tomlin at Thompsons Solicitors in confidence on 0113 205 6385, or email helentomlin@thompsons.law.co.uk.