The husband of a Nottingham woman who died after developing mesothelioma has received compensation, with the support of Thompsons Solicitors.

Jean Mary Booth was employed by a dry cleaning company between April 1968 and January 1969, where she would inspect damaged overalls that had been used by workers at various mines across the region.

The garments would come to Jean in large tubs after being cleaned with white spirits, and it was her job to check if they could be repaired or not. Despite the initial clean, the clothing would often still be covered in a mixture of coal and asbestos dust from the mines. She was also exposed to asbestos that was used to lag the pipework throughout the factory. 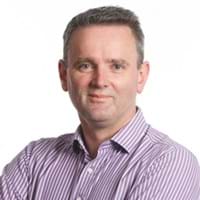 Asbestos has claimed the lives of thousands of innocent people and brought devastation to their families and friends. Jean may not have spent much of her career at the firm, but just a small amount of asbestos exposure can have a life-changing impact.

When Jean developed a tightness in her chest she visited her GP, where she received scans. Further tests revealed her asbestos exposure had caused mesothelioma.

Tragically, she died from the disease, aged 73.

Her husband, John, contacted Thompsons Solicitors to make a compensation claim. He was also supported by the Derbyshire Asbestos Support Team (DAST).

“I couldn’t believe that my wife died because of something she was exposed to decades ago,” said John. “She worked at the company for less than a year, but Thompsons explained to me how that can be enough exposure for someone to develop this life-changing disease, which doesn’t show symptoms for years after.

“If it wasn’t for the team at Thompsons talking me through this, I would still be in the dark about how dangerous asbestos exposure is.”

Steve Fitzwalter, of Thompsons Solicitors, said: “Asbestos has claimed the lives of thousands of innocent people and brought devastation to their families and friends. Jean may not have spent much of her career at the firm, but just a small amount of asbestos exposure can have a life-changing impact.

“Our legal specialists were able to work closely with John to provide legal advice and offer support through groups such as DAST, so he could better understand how and why his wife died.”