Mudhafar developed mesothelioma and died just weeks after his diagnosis

The wife of a former electrical engineer who died from the asbestos-related cancer, mesothelioma, is appealing to his colleagues for help in ascertaining how he was exposed to the dangerous fibres.

Mudhafar Al-Khalidi, known by work colleagues as ‘Jim’, was diagnosed with mesothelioma, a cancer which affects the lining of the lungs, in 2016. He died within weeks of his diagnosis, aged 81.

The grandfather-of-six worked at T.W. Broadbent Limited between 1958 to 1969, then Benshaws Suncharm Limited from February to July 1971, before joining Huddersfield Technical College from 1971 to 2003.

His wife of 52 years, Elaine, is now urging his former colleagues to share any information they may have about asbestos use at their workplaces.

Mudhafar Al-Khal (top left), also known as Jim, was diagnosed with mesothelioma in 2016. He died within weeks of his diagnosis.

“My husband was employed at a number of firms and power stations in Huddersfield between the late 1950s to early 2000s as an electric engineer,” Mrs Al-Khalidi said. “He was very well thought of among his colleagues and certainly a memorable character.”

“If you have any information at all about the presence and use of asbestos where he worked, however small or unimportant you may think it is, please get in touch as soon as possible. It could be the missing piece of the puzzle we need.” 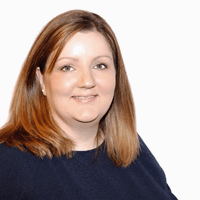 Sadly, many individuals and their families are experiencing the devastating effects asbestos exposure in the past can cause. We are hoping people who used to work with Mudhafar, or Jim, can help Elaine with her search for answers.

Heather Ruddick, who is representing the family, said: “Sadly, many individuals and their families are experiencing the devastating effects asbestos exposure in the past can cause.

“We are hoping people who used to work with Mudhafar, or Jim, can help Elaine with her search for answers.”

Anyone with information should contact Heather Ruddick at Thompsons Solicitors on 0191 269 0449, or email HeatherRuddick@thompsons.law.co.uk.