The wife of a Dagenham man who died of an asbestos-related cancer is appealing for help from former workers at Ford Dagenham.

Victor Back died in June 2017, aged 62, of mesothelioma - an asbestos-related disease that is often diagnosed many years after exposure to the dust.

His wife, Carol Back, is now keen to discover whether he may have been exposed to asbestos as a child when washing his father’s dusty work clothes, as well as later during his work career.

She said: “My husband was a fit and healthy 62-year-old but this disease took all of that away from him. It was almost as if he’d aged 20 years in a matter of months. It was awful to watch.”

Victor’s father, Sidney Back, joined the Ford factory in Dagenham in 1954, the same year Victor was born. Sidney worked in the foundry and block department as a labourer, oiler and greaser until 1982.

When Victor was growing up, he and his mother would wash Sidney’s Ford factory work clothes, which would be covered in dust. Sidney developed asbestosis, a lung condition caused by long-term exposure to asbestos. Victor Back, who died of mesothelioma due to asbestos exposure

Victor also worked at the Ford factory between 1974 and 1976, where he worked in the press shop. 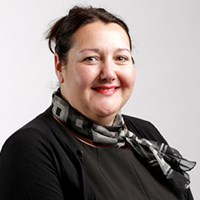 If there is anyone with information about the use of asbestos at the Ford factory between 1954 and 1982, please do get in touch. Your assistance could prove vital in helping Carol and her family understand how Victor came to be exposed to asbestos. Victor's Dad Sidney, who also worked at the Ford Plant

Amanda Jones, of Thompsons Solicitors, added: “If there is anyone with information about the use of asbestos at the Ford factory between 1954 and 1982, please do get in touch. Your assistance could prove vital in helping Carol and her family understand how Victor came to be exposed to asbestos.”

Anyone with further information should contact Amanda Jones at Thompsons on 02920 445345, or by email at amandajones@thompsons.law.co.uk.