Labour MP Emma Hardy for Kingston upon Hull West and Hessle led the debate, urging the government to launch a public inquiry into mesh procedures.

Hundreds of women have been left with physical pain and suffered psychologically due to vaginal and rectal mesh operations, which are often used to treat pelvic organ prolapse and incontinence.

MPs from both sides of the house advocated the suspension of surgical mesh due to the complications that many women have faced following the procedure. Ms Hardy also called on the government to bring forward the National Institute for Health and Excellence (NICE) guidelines regarding the use of mesh in stress related urinary incontinence, from 2019 to 2018.

The scandal surrounding mesh was referred to as “the biggest medical scandal since thalidomide” by Rupa Huq, Labour MP for Ealing Central and Acton.

Labour’s Pontypridd MP Owen Smith, and chairman of the All-Party Parliamentary Group for surgical mesh, highlighted recent data published by the NHS in their audit of mesh removals since 2008.

Thompsons Solicitors argues that if there are any concerns regarding the safety of mesh, then it should be suspended pending a full investigation. 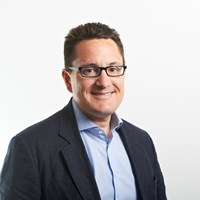 We will continue to work with Sling the Mesh, to ensure all victims receive the compensation and support that they deserve.

Tom Jones, head of policy at Thompsons Solicitors said: “It was an honour to join members of the Sling the Mesh group who have been raising awareness of the mesh issue for years, and to meet some of the victims who have been fighting to get this debate in front of politicians for so many years.

“The debate should be a wakeup call to the government, who by now have no excuse not to comprehend the shocking extent of the problem with mesh and the impact on sufferers. We demand an immediate suspension of all mesh procedures and join Sling the Mesh as well as MPs in the debate from all sides of the House in calling on the government to launch a full independent inquiry.

“We are currently representing over 200 victims of mesh implants and have seen first-hand the devastating consequences these procedures can have physically, socially and psychologically.

“We will continue to work with Sling the Mesh, to ensure all victims receive the compensation and support that they deserve.”