Balfour Beatty and London Underground ordered to pay more than £400,000 after employee crushed due to safety failures

Mr Rascarache was crushed while attempting to do his job

The Office of Rail and Road prosecuted Balfour Beatty and London Underground for contravening the Management of Health and Safety at Work Regulations following a serious incident in June 2016, when Adrian Rascarache was working as a crane controller at Whitechapel Station in London.

Mr Rascarache, 37 from Wembley, was guiding the driver of a road rail vehicle (RRV) as part of a convoy from West Ham to Liverpool Street Stations when he was crushed against a platform wall.

It is standard practice for each RRV driver to be guided by a crane controller, who walks in front of the vehicle because of poor visibility. As the convoy moves through a station, the crane controller typically leaves the tracks – either by stairs, ramp or by climbing onto the platform – walks the length of the platform and then returns to the tracks.

Mr Rascarache was in the process of climbing onto the platform at Whitechapel when it suddenly moved forward, crushing him against the platform wall.

Mr Rascarache sustained crush fractures to his pelvis and serious internal injuries. He has been left with permanent nerve damage to his left leg and foot. 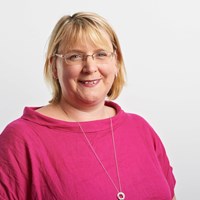 Mr Rascarache suffered significant injuries while simply doing his job. This is just one step on a long and difficult road for our client that we can help him along as he comes to terms with his injuries and seeks to rebuild his life.

Thompsons Solicitors, serious injury specialists, are now supporting Mr Rascarache in a claim for damages against both Balfour Beatty and London Underground.

Mr Rascarache said: “This has been an extremely difficult time. The accident has left me in chronic pain. I’ve been unable to do everyday tasks and had to leave my job as a crane controller.

“The support I’ve received from Thompsons so far has been both a help and a comfort.”

Corrina Mottram, serious injury lawyer at Thompsons Solicitors, said: “Mr Rascarache suffered significant injuries while simply doing his job. The criminal charges and financial penalty are just one step on a long and difficult road for our client that we can help him along as he comes to terms with his injuries and seeks to rebuild his life.”