After a seven year legal battle, compensation will be paid to those who suffered the injuries

Zayyaan Al-Iqra, now 12, and his 11-year-old brother Zeeshaan were just toddlers when the Matsui fan heater caught fire in August 2011 - causing a blaze to rip through their rented home.

Zayyaan, then aged four, experienced burns across 25 per cent of his body and lost almost all function in both his hands. Zeeshaan, then three, suffered a hypoxic brain injury as well as burns to his face, ear, hand and thighs.

Their mother, Farida Begum, had bought the Matsui MRHE 1800 Tower Oscillating Fan Heater from their local Curry’s store in Highgate, Birmingham in October 2009. The home of the family after the fire, which was caused by the faulty appliance

With backing from Thompsons Solicitors, she launched legal proceedings on behalf of her sons against DSG Retail Ltd, which operates Curry’s, alleging the heater was defective – a claim the company denied.

After a seven-year legal battle, today (Thursday 7 March 2019) HJ McKenna found the heater was the cause of the fire and that it was defective within the meaning of the Consumer Protection Act 1987.

Speaking after the judgment, Ms Begum said: “The fire has dramatically changed our lives. Both of my sons experienced serious injuries that day that continue to require regular hospital appointments and impact their ability to do things that other children their age can do. My oldest son cannot ride a bike, for example, because of the injuries he sustained. They have lost confidence and they have missed a lot of school due to the ongoing medical treatment.

“Everything has changed for us all. They need constant care.” 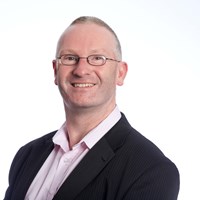 We are delighted of course to have secured this judgment, which means the boys can now get financial help with their ongoing rehabilitation and hopefully financial security for life. The least DSG Retail can do now is behave with some humanity and ensure compensation is promptly paid.

The High Court judgment means work can now begin to assess the total level of damages owed to the family. In the meantime, the children will be able to access an interim compensation payment that will help cover the cost of their care and rehabilitation.

Karl De-Loyde, the serious injury expert at Thompsons Solicitors who acted for the family, said: “We are delighted of course to have secured this judgment, which means the boys can now get financial help with their ongoing rehabilitation and hopefully financial security for life but DSG Retail should take a long look at themselves for having delayed the matter for years and forcing the case to trial.  The least they can do now is behave with some humanity and ensure compensation is promptly paid.”