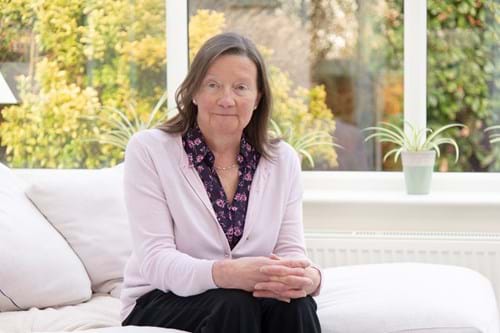 Retired teacher, Judith Eva, 62, from Knowle, was referred to Paterson at Spire Parkway Hospital, in Solihull, after finding a lump in her right breast in June 2000.

Mr Paterson removed the lump, but a mammogram and examination later confirmed it was benign. Two years later, Judith returned with another lump in the same breast. Paterson told her that one felt “a bit more sinister” and it was best to remove it. Worried that it might be cancer, Judith immediately agreed to another operation.

It wasn’t until after Paterson’s conviction that Judith was recalled by Spire Parkway, who made an appointment for her to see another breast surgeon.

“I had further examinations and they looked over all of my notes and told me they were only cysts and I hadn’t needed the operations. It was just such a shock. When his trial came to court, I couldn’t believe what I was hearing because I thought he was my hero. I thought he had looked after me.”

Mrs Eva felt that in the private health sector, there did not appear to be much discussion between those responsible for her care such as the anaesthetist, the surgeon and the person who prepared the histology reports. This was quite different to her experience with the NHS, where a team approach was far more evident.

Mrs Eva said: “Paterson seemed to work on his own and be his own boss. I think there needs to be much more of a network between the different groups of people working on patients to make sure everything is done properly.”

Following the inquiry, Mrs Eva said she would like to hear “everyone in the private sector singing from the same hymn sheet and all working together”. She had hoped that a response to the recommendations would give the patients closure, but this has not yet been achieved.

Mrs Eva received a letter in December 2020 from Spire, 10 months after the findings of the inquiry were announced, giving details of a helpline available for Paterson’s patients.

Mrs Eva added: “It worries me that the delays in the NHS caused by the pandemic will make people rush to have private treatment that may not be properly regulated resulting in them suffering the same or similar fate as I did.

“I think Paterson is pure evil. The way he treated everyone is unbelievable. You go to see a medical specialist for expertise; you don’t expect them to cause suffering.

“I would like to think any mistakes or oversights leading to such trauma for so many people would lead to an immediate review of hospital practices and that a new way of working would be adopted as a priority. It appears we are still waiting for that change to come.

“It makes me wonder if there are staff members seeing wrongdoing and are too afraid to report it? Or maybe they just think the surgeon knows best so don’t question it? I wouldn’t dream of going privately now until all of the recommendations have been implemented – you’re just far more at risk.”

Linda Millband, national practice lead for clinical negligence at Thompsons Solicitors who ran the case against Paterson, said: “Judith was not alone in Paterson’s deceit. Thousands have had their lives turned upside down because of what he did, and was able to get away with, because of the structure of the private healthcare sector. As long as these loopholes are still in place, patients are at risk.”