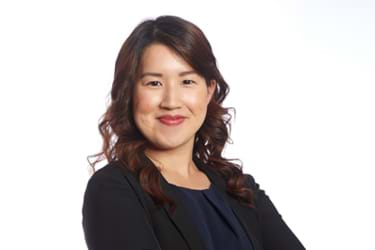 Sophia is a chartered clinical negligence legal executive based in Thompsons’ Nottingham office, with experience in dealing with claims involving misdiagnosis, orthopaedic injuries and general surgery.

Clients have commented on her level of professionalism and the respectful way in which Sophia deals with sensitive matters such as bereavement and serious health problems.

She is passionate about securing maximum compensation for clients who have suffered an injury as a result of negligent medical treatment.

Below, you will find a small selection of the successful clinical negligence claims Sophia has dealt with.

Sophia’s client suffered a rupture in her Achilles tendon which the hospital failed to diagnose straightaway. This negligence led to a 10 week delay in the client undergoing surgery to repair the tendon. As a result, she suffered prolonged pain and swelling in her right ankle.

The hospital initially denied liability but in the end agreed to settle the claim for £3,500.

Sophia’s client underwent surgery to remove her wisdom teeth. Her lingual nerve was damaged during the surgery but there was a 20 month delay before she had further surgery to repair the nerve. Sophia’s client was left with permanent numbness on the left side of her tongue.

The hospital denied liability but in the end agreed to settle the claim for £22,500.

Delay in diagnosis of dislocated shoulder

After being diagnosed with a torn ligament, Sophia’s client was discharged from hospital. Two weeks later, because he was still suffering from a lot of pain, the hospital carried out a scan which showed that his shoulder was, in fact, dislocated. The client then had to undergo an operation to replace the shoulder joint.

The hospital admitted liability and the claim settled for £10,000.

As a result, she had to undergo two separate mastectomies instead of one, exposing her to the risks of an additional general anaesthetic. She suffered anxiety and distress from the delay in diagnosis as well as the additional recovery period from an additional operation.

The hospital admitted liability for the negligent four month delay in diagnosing the right-sided cancer and Sophia settled the claim for just under £10,000.