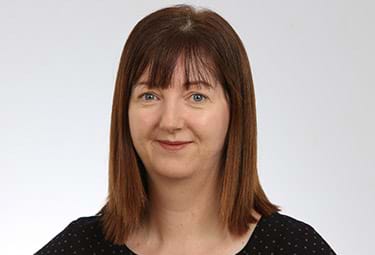 Ashling King works as a lawyer on cases across the East Midlands from Thompsons' Nottingham office.

Ashling joined Thompsons in 2001, and began work on client cases in 2003 upon completion of her training. Since then, she has specialised in cases involving multiple orthopaedic injuries and psychological injuries in cases that have risen from accidents or assaults in and out of work, road traffic accidents, work related stress and even accidents on board ships.

Ashling finds it hugely rewarding to be able to work for trade union clients knowing that they may not otherwise have been able to access a personal injury service at all, let alone have access to the specialists and experts that Thompsons offers.

Thank you so much for all your help, it has been really appreciated. I know my case hasn’t been the easiest to deal with but it’s through your hard work and persistence that the settlement is as amazing as it is. Thank you, you really have changed our lives for the better and it will never be forgotten.