The report, published by The London Assembly Transport Committee, addresses the high proportion of motorcyclist deaths in London.

The recent ‘Motorcycle Safety in London: Update report’ published on March 15 revealed the “unacceptable risk” that motorcyclists continue to face on London roads.

Despite only accounting for 1% of journeys made in London, motorcyclists are at a disproportionate risk of being involved in a road traffic accident. In 2016, 33 motorcyclists were killed on London roads, 648 suffered serious injuries and 4,574 suffered minor injuries.

Overall, data from TfL indicates a 29% increase in the number of motorcyclists killed or seriously injured in the past two years. However, the committee have highlighted that as the data does not account for journey length, these figures most likely underestimate the true extent of injuries. 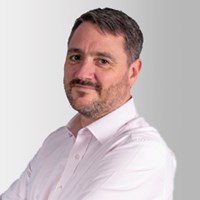 It is vital that more funding is provided for TfL by the Department of Transport so they can take action and reduce the disproportionate risk posed to London’s motorcyclists.

The update report outlines a renewed set of recommendations from the Motorcycle Safety Action Plan published in 2014, to ensure the safety of motorcyclists:

“It is shocking to see that causalities involving motorcyclists continue to rise. It is vital that more funding is provided for TfL by the Department of Transport so they can take action and reduce the disproportionate risk posed to London’s motorcyclists. Without this we will continue to see the unacceptably high levels of motorcycle injuries on the roads in London.”