Road collisions are the biggest killer of adolescents worldwide, according to a new report by the World Health Organization (WHO).

More than 1.2 million young people die every year, around 3,000 a day, largely from preventable causes, according to the WHO’s Global Accelerated Action for the Health of Adolescents report, which was prepared in collaboration with other UN agencies and organisations. More than two-thirds of these deaths occur in low- and middle-income countries in Africa and Southeast Asia.

Road injuries lead those causes globally, having killed 115,302 adolescents in 2015, the majority of whom were 15- to 19-year-old boys in poorer countries of Europe, the Americas and the Eastern Mediterranean. Pedestrians, cyclists and motorcyclists were particularly vulnerable. 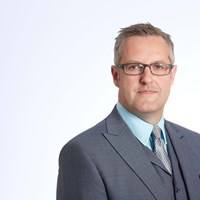 Unfortunately, the news that our roads have become a major killer of young people doesn’t come as a surprise. What is truly tragic is that these deaths are needless and entirely preventable.

While road deaths in the UK have decreased, with 45 per cent fewer fatalities in 2015 than a decade earlier in 2006 (according to the Department for Transport), road incidents remain a major cause of death for young people in the UK.

Road safety body THINK! says children who have transitioned from primary to secondary school are particularly vulnerable road users, as many start walking to school without their parents and on unfamiliar routes.

Richard Johnson, a road traffic accident specialist at Thompsons, said: “Unfortunately, the news that our roads have become a major killer of young people doesn’t come as a surprise. What is truly tragic is that these deaths are needless and entirely preventable.

“The good news is that this problem can be addressed. But for that to happen, we need the genuine commitment of world leaders, including the UK government, to introduce and enforce tougher laws governing road safety, with significant investment in appropriate policing, as well as in road infrastructure.

“Inaction is the only thing preventing the world from achieving the UN Sustainable Development Goal 3.6, to halve road deaths by 2020.”