For the first time, a study conducted by a group of neuroscientists has discovered how a single brain injury can later develop into dementia.

Scientists involved in the study analysed brain specimens from those who had suffered a traumatic brain injury (TBI) in a sporting or car accident and survived for a year or more after.

During the study, the scientists searched for a specific protein, known as ‘tau’ proteins, which are plentiful in human brain tissue. However, if in a defective form where they can no longer function properly, the protein is associated with degenerative, progressive brain disease. The study found that defective tau proteins were more widespread in those who had suffered a brain injury compared to those who had not. 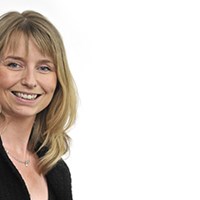 There is still a lot to learn about this life-altering disease, but the findings of this research give hope to developing new therapies that could help curtail the onset of dementia after a brain injury.

It also uncovered that, over time, the same type of defective proteins in injured mice spread to other regions of the brain that initially weren’t affected. Moreover, when injected into the brains of healthy mice, the scientists discovered that the abnormal tau proteins appeared to spread to parts of the brain which were normal before the injection.

It was previously unknown how the tau proteins in the injured part of the brain affected the part responsible for memory when the injury suffered wasn’t in that particular area.

It is hoped that this discovery will provide scientists and researchers with the information needed to help develop new treatments for dementia and possibly other brain conditions.

Samantha Hemsley, head of the serious injury and clinical negligence team at Thompsons Solicitors, said: “This important research has helped shine a light on dementia, a disease that’s thought to affect some 850,000 people in the UK.

“It’s been long-established that a brain injury is a risk factor in dementia, but until now, little has been understood about how it develops. Knowing more about the detailed science of dementia, and in particular, how these proteins spread gives scientists crucial information and opens opportunities for further research.

“There is still a lot to learn about this life-altering disease, but the findings of this research give hope to developing new therapies that could help curtail the onset of dementia after a brain injury.”