Case of the Week: Not Part of the Job

Compensation awarded after prison officer is let down by employers

Some occupations are inherently more dangerous than others, such as that of a prison officer. In this week’s case we acted for a prison officer who was violently assaulted in the line of duty.

When supervising three juvenile offenders, one attacked him and then the other two joined in.

His employers, the Ministry of Justice, denied it was at fault, claiming that the attack was completely spontaneous and that our client was fully trained to deal with such situations.

However, when we investigated the case we discovered that the three offenders should never have been unlocked together, that our client had no training in dealing with juvenile offenders and neither he nor his colleagues were provided with a radio or body camera, which was in breach of the Defendants own Safe System of Works.

The Ministry of Justice continued to deny it was in any way to blame all the way to trial. They even sought to produce new evidence literally on the eve of trial, whilst also indicating that their legal costs were in the region of £26,000. 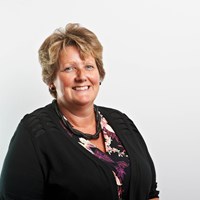 Prison officers do not go to work to be assaulted, and it should never be accepted as being ‘part of the job.’ Rather than racking up legal costs on this case, the Ministry of Justice would have been better admitting fault and spending the money on improving the safety of its staff.

At trial the judge found that the Ministry of Justice had breached its duty of care towards our client and that the three offenders should not have been together. The judge went on to criticise the lack of training our client had received. He described the circumstances to be “toxic”, and that it was foreseeable that the assault would take place.

Commenting on the case the lawyer, Sharon Fleming, said: “The Ministry of Justice had inadequate systems within the prison, coupled with an absence of training, which made a recipe for disaster. Prison officers do not go to work to be assaulted, and it should never be accepted as being ‘part of the job.’ Rather than racking up in the region of £26,000 in legal costs on this case, the Ministry of Justice would have been better admitting fault and spending the money on improving the safety of its staff.”