Martyn Gwyther comments on the impact of Brexit for holidaymakers

A leading personal injury law firm is warning that the last-minute Brexit deal has not protected the rights of UK holidaymakers in Europe who suffer injury or illness abroad.

While the COVID-19 vaccines are giving a glimmer of hope to many who are yearning for a European break later this year, Thompsons Solicitors is concerned that travellers may be unable to secure suitable legal protection if they are injured or fall ill in an EU country.

Prior to the Brexit deal coming into force on 1 January 2021, UK residents who were injured or fell ill in while in an EU nation could use EU law to bring a claim back home. This meant that unfortunate holidaymakers didn’t need to worry about making a claim in a foreign court, significantly improving their access to justice.

With Brexit now in force, judges will need to determine where it would be most convenient for a case to be heard, which brings uncertainty and will lead to inconsistent judgments. With COVID-19 having caused a huge UK court backlog, judges with heavy workloads may simply decide to pass on dealing with a claim where the only link is that the claimant happens to live here.

If a holidaymaker can’t sue in UK courts, they will be forced to launch a claim in the country where the accident happened, which will prove more difficult. 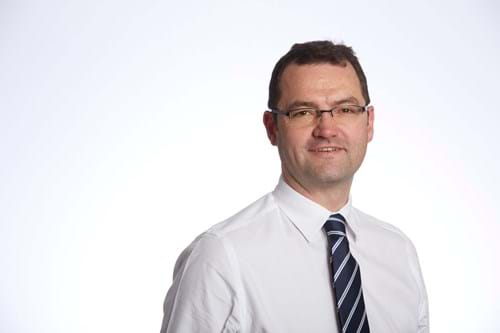 The legal systems of most EU countries vary, and all are vastly different from the UK. Law firms abroad may ask claimants for hundreds, if not thousands, of Euros up-front before starting a claim, pricing all but the very wealthy out of being able to access justice.

“Suing abroad will involve travel and translators meaning that all the outgoings may end up costing more than the potential settlement itself, in a claim for broken bones, for example.

“In serious claims, the injured person could be left high and dry, unable to seek justice because they don’t have the funds to pursue a claim, or having to settle early when their funds run out. They may well lose out on money desperately needed for home adaptations, care, support and rehabilitation.  When that happens, they will have to fall back on the NHS and benefits in the UK, when the people who should be paying is the party who injured them.

“There is hope that we can restore some normality to cross-border claims. The UK has applied to join the Lugano Convention, an international treaty that aims to create legal certainty when it comes to which country a claim must be pursued in and how any orders made shall be enforced.  If we are successful, we would restore many of the rights that UK residents previously had before the start of 2021.

“However, all EU nations must agree to allowing the UK to join the Lugano Convention and, even if they do, it may be months before we can officially join, leaving a period of limbo during some – or all – of 2021. The fact this wasn’t referenced in the Brexit agreement does not bode well – if it wasn’t approved when the deal was agreed, who is to say it’ll be approved in the future?

“Sadly, with all that is going on with the pandemic, I feel as a personal injury lawyer, dealing with hundreds of claims in the EU every year, a European holiday may end up not being quite be the silver bullet to last year’s woes that many people may had been hoping for!”

Advice for travellers after Brexit

Martyn Gwyther added: “Travel insurance has always been important but it will be vital in a post-Brexit world. Spend time looking at different policies and find the one that suits your travel needs best. While travel insurance won’t necessarily enable you to launch a legal claim for additional damages or lost work, it can at least cover the often-costly medical expenses that you might face.

“To increase your likelihood of being able to make a claim in the UK, it is worth booking your trip as a package holiday through a UK-based tour operator. That way, if you become ill or suffer an injury at a hotel or associated restaurant, on an arranged tour or while travelling to or from the airport, the claim can be made against the tour operator in the UK.”