"This is the latest ruling in a spat between insurers and the government over benefits paid to ill and dying asbestos sufferers with neither side wanting to pick up the bill.

"The government say that those who caused the harm should reimburse the state for benefits paid to those they harmed - the principle that the polluter pays - and something the insurers have sought to chip away at for years, ever since 1938, when Thompsons and the unions won the case that established employers have a duty to provide a safe place of work for their employees. And in asbestos cases they have fought up hill and down dale since 1972 when Thompsons, again working with the unions, won the first case to establish the right of asbestos victims to be compensated for their exposure. 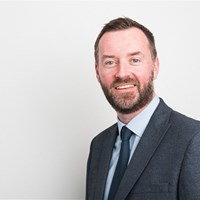 If the insurers get their way, there is a potential eight figure annual liability for the taxpayer, when neither you nor I can possibly be to blame for the claimant’s exposure or illness.

"In this case, the insurers say they don't want to pay the benefits in cases where they represent one of several possible points of exposure, where they can’t get someone else to pay or set something off against the cost.

"If the insurers get their way, there is a potential eight figure annual liability for the taxpayer, when neither you nor I can possibly be to blame for the claimant’s exposure or illness.

"Thompsons’ view is that benefits are only claimed in the first place because of the harm caused and the insurers for those who caused the harm should pick up the total bill for all that flows from it.

"We would, following the same logic, go further, as was attempted in the Senedd but struck down as outside its powers, and make insurers liable for the costs to the NHS of treating asbestos sufferers. The insurers to those who exposed the claimant to asbestos should, in our view, pick up the entire costs caused by that negligence.

"In this case, for once, an individual claimant isn’t watching their case being kicked around the courts as the insurers seek to duck liability. Both sides have had a partial win and the next stage for the battle is the Court of Appeal."