Sling the Mesh and Thompsons Solicitors have criticised the guidelines, published today [2 April 2019] by the National Institute for Health and Care Excellence (NICE), for ignoring the concerns of thousands of women across the UK who have suffered life-changing complications as a result of mesh insertion.

The guidelines follow a pause on the use of vaginally-inserted mesh and tape to treat stress urinary incontinence and pelvic organ prolapse in July 2018, effectively banning these procedures in England. Mesh is already restricted and under high-level scrutiny in Scotland, Australia and New Zealand.

"Despite the NICE guidelines noting public concern and the ongoing ‘high vigilance restriction’, they allow its use for pelvic organ prolapse and stress urinary incontinence."

The pause followed growing concerns about the dangers of mesh implants and was recommended by Baroness Cumberlege, who is currently chairing an independent review into side effects from medicines and medical devices including mesh. She laid down six conditions to be met before the restriction on use was to be lifted. However, despite only two of those conditions being satisfied, NICE have proposed that mesh can be used as an option alongside non-invasive options.

Linda Millband, lead lawyer for clinical negligence at Thompsons Solicitors, said: “We know, from those

for whom we act, the devastating legacy that mesh has left on families and communities across the UK.

“Despite the NICE guidelines noting public concern and the ongoing ‘high vigilance restriction’, they allow its use for pelvic organ prolapse and stress urinary incontinence. This isn’t ‘clinical excellence’, this is passing the buck. This is like saying to someone wanting to get fit ‘there are known risks with climbing mountains, but it’s a way to get fit - up to you’.

“Patients will remain dependent on varying advice from surgeons, with those who are pro-mesh skirting around known problems and making a positive case for its use and more cautious surgeons sitting on the fence, which puts inappropriate pressure on patients and surgeons. You don’t visit your GP and self-diagnose yourself, so why should mesh surgery be any different?”

This may be a straw in the wind for a consensus that mesh surgery is fine to continue – which, if it comes, we, on behalf of hundreds of clients and alongside Sling the Mesh, will challenge in every way available.

Earlier this year, health and social care minister, Jackie Doyle-Price, acknowledged that there had been a failure in the regulation of medical devices, noting a lack of transparency for patients within the current system[1].

Thompsons Solicitors and Sling the Mesh are also raising concerns the guidelines are being revised before Baroness Cumberlege has published the findings of her independent review, which is expected later this year.

Linda added: “This may be a straw in the wind for a consensus that mesh surgery is fine to continue – which, if it comes, we, on behalf of hundreds of clients and alongside Sling the Mesh, will challenge in every way available.”

Kath Sansom, director of campaign group Sling the Mesh, added: “We are appalled that despite political campaigns and the obvious suffering of many women, these guidelines are no different from what was published in 2003. They are so weak, they clear the way for the next generation of women to be harmed.

"We told our stories and NICE ignored us. NICE also ignored important scientific evidence, which showed how the mesh risk is at least one in 10 suffering, by deliberately omitting a key study of NHS figures.

"Our Sling the Mesh survey shows that one in 20 women have attempted suicide and more than half have regular suicidal thoughts because of chronic pain, loss of sex life, constant infections and autoimmune disease. These are unacceptable risks from what is sold to women as a simple fix. If a men's operation was creating this level of harm it would have been stopped a long time ago."

Thompsons Solicitors is currently acting on behalf of more than 200 clients who have suffered as a result of mesh implants.

Margie Maguire, who is being supported by Thompsons, turned to surgery to treat uteral prolapse after the birth of her daughter. Following the surgery, she had two miscarriages and suffered severe and hospitalising pain attacks. She has since had most of the mesh removed and, while the pain has lessened, she remains reliant on a mobility scooter and a number of home adaptations, such as a stair lift and raised toilet seat.

Margie said she was “shocked, appalled and extremely disappointed” by NICE’s plans to re-establish the previous mesh guidelines. She said: “By definition, NICE is supposed to strive for ‘excellence’, but any organisation that is content to allow these surgeries to continue, despite the serious and life-changing side effects that they can cause, is anything but ‘excellent’.

“To think that more people may have mesh surgery and face the sort of life-changing complications I have suffered is just wrong. Without a total ban on its use, the number of people negatively affected will only continue to rise.” 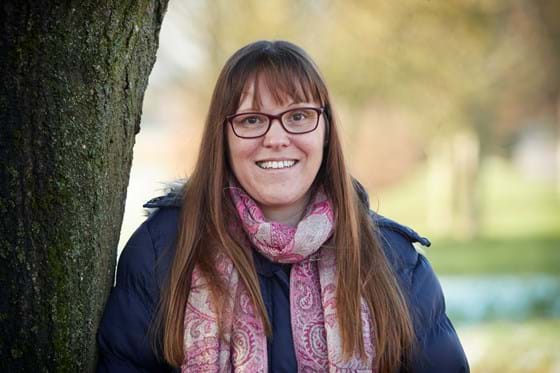