A leading medical negligence law firm, with more than 100 ongoing legal claims against Bristol-based mesh surgeon Anthony Dixon, is seeking court approval for an Alternative Dispute Resolution (ADR) scheme – which it hopes will speed up the legal process for his victims at Spire Bristol.

Social justice law firm, Thompsons Solicitors, has approached the Medical Protection Society to set up the ADR agreement, which – if agreed - could mean ex-patients of Mr Dixon, a former consultant colorectal surgeon at private hospital Spire Bristol, could see their claims settled much quicker than if they went to court.

The ADR will comprise of seven test cases against Spire Bristol that encompass all the major allegations that have been made against Mr Dixon, who is no longer practicing at Spire Bristol and is the subject of a General Medical Council inquiry, which is due to conclude in September 2023. North Bristol NHS Trust also dismissed Mr Dixon in 2019.

The allegations come mostly from women who turned to Mr Dixon for medical support after suffering bowel issues. A ‘pioneer’ in mesh surgery, he used artificial mesh to lift prolapsed bowels - a procedure known as laparoscopic ventral mesh rectopexy (LVMR) – which aims to repair pelvic damage, commonly caused by childbirth. He undertook this invasive operation without warning patients about the potential pain and complications it can cause, and without suggesting alternative treatment.

Many of his ex-patients say that they were left in agony after being “rushed into” invasive mesh implant surgery by Mr Dixon, who also specialised in Stapled Transanal Resection of the Rectum (STARR) operations.

A review carried out by North Bristol NHS Trust into 387 mesh surgery cases performed by Mr Dixon, between 2007 and 2017 at Southmead Hospital or the privately-run Spire Hospital, concluded that 203 patients were judged to have suffered harm.

Thompsons hopes the ADR process for the claims against Spire will be approved in early 2023, providing a framework for future claims against Mr Dixon and Spire, limiting the need for court action and speeding up the settlement process. The medical negligence experts already have a similar handling agreement for his NHS patients. 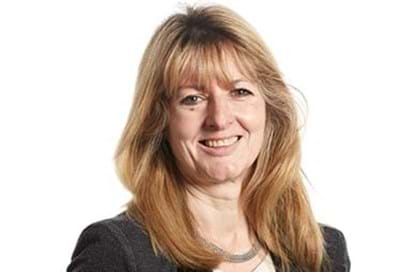 If approved, the ADR will pave the way for many more victims treated at Spire and left traumatised and in excruciating pain by Mr Dixon’s medical procedures to secure the compensation that they deserve, as quickly as possible.

Linda Millband, head of medical negligence at Thompsons Solicitors, said: “If approved, the ADR will pave the way for many more victims treated at Spire and left traumatised and in excruciating pain by Mr Dixon’s medical procedures to secure the compensation that they deserve, as quickly as possible.”

Thompsons is supporting more than 400 women and men left permanently injured following mesh surgery across the UK. In July 2020, Baroness Cumberlege published the First Do No Harm report, listing several recommendations – including the need for a fully-functioning database to capture every mesh implant and removal and greater transparency between clinicians and patients. According to Thompsons, however, the government has yet to fully implement any of the recommendations.

As a leading medical negligence law firm, Thompsons has a long history of representing people who have been mistreated by healthcare professionals employed by the private sector. They include hundreds of victims of breast surgeon Ian Paterson – also employed by Spire - who was criminally convicted of multiple counts of wounding with intent and sentenced to 20 years in prison in 2017.

Thompsons was lead litigators in the initial Paterson Trust – established in 2017 to fund his victims – and the Trust was reopened again in July 2021. Currently, the firm has received more than 200 enquiries from the new Trust.

Thompsons is also representing patients injured at other Spire hospitals across the UK, and has campaigned to force medical providers to put patient safety ahead of profits.

Ms Millband added: “What’s really alarming for us is that surgeons operating in private hospitals are not being included in the government figures of those with mesh complications. All too often, private healthcare providers avoid taking responsibility for negligence carried out on their premises.

“Profits are being prioritised over the healthcare of patients. We hope that, with these test cases, private healthcare companies, like Spire, will finally be held to account for their inaction on mesh and STARR procedures – an issue that has affected hundreds of women and men in the UK.”