The issue was raised in the House of Lords yesterday

Thompsons Solicitors, which is representing more than 400 women and men with surgical  mesh claims, has criticised the government’s failure to implement any of the recommendations made in Baroness Cumberlege’s First Do No Harm report, which was published nearly two months ago.

Among its conclusions was a recommendation to establish a Redress Agency to resolve disputes between patients and the healthcare system, overhaul the regulator of medicines and medical devices (the MHRA), establish regional specialist centres and have a task force set up to implement all of the report’s recommendations and strengthen the patient’s voice.

The report also advises someone of standing to communicate patient concerns who sits outside the healthcare system and is accountable to Parliament through the Health and Social Care Select Committee. However, while the Scottish Government has, this week, announced it will establish a patient safety commissioner, as yet, there has been little evidence that any of the recommendations have been implemented in England. 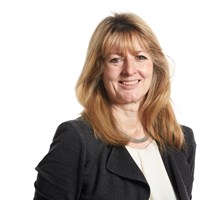 The inaction and the lack of real concern that it betrays is a slap in the face to the women and men who have suffered the agonising results of mesh surgery.

In the House of Lords yesterday [2 September], where Members discussed the key principles and purpose of the Medicines and Medical Devices Bill during a second reading, Baroness Cumberlege criticised the Department of Health and Social Care for not getting it, saying that “rumours are absolutely rife of a ritual burial”. She called for an assurance that the report will be implemented with a taskforce and timetable.

Linda Millband, partner and head of clinical negligence at Thompsons Solicitors, echoed her concerns: “The government is dragging its heels in implementing vital, explicit and long-awaited reforms. After promises of immediate change nearly two months later, the silence is deafening.

“The inaction and the lack of real concern that it betrays is a slap in the face to the women and men who have suffered the agonising results of mesh surgery. The coronavirus (COVID-19) pandemic is no excuse for the government to tread water.

“The Scottish Government has announced it will appoint a patient safety commissioner so what is stopping the Department of Health and Social Care doing the same? Further delay shows an arrogant disregard that even more people will be harmed by a healthcare system that Baroness Cumberlege has made clear is seriously wanting.

“On behalf of all our clients we join the Baroness’s call for concrete assurance that the government will implement real and credible change immediately.”

Chloe Thurston, a 22-year-old who is pursuing a medical negligence claim about her mesh surgery with Thompsons, added: “I feel like we’ve been led up the garden path.

“The review was first postponed because of the election and then understandably because of the pandemic, but to have nothing changed nearly two months after it’s actually been published is far more distressing than any of those delays. It’s absolutely appalling.”