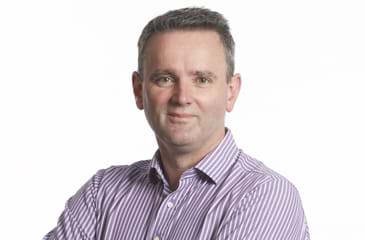 Steve is a proactive, dedicated and exceptionally experienced senior personal injury solicitor specialising in asbestos-related disease claims, and is based in Thompsons Solicitors’ Birmingham office, covering the East and West Midlands.

A determined litigator, Steve has more than 24 years’ experience of taking action against employers on behalf of clients suffering from industrial diseases or other injury.

Steve has been successful in winning hundreds of thousands of pounds in compensation for his clients or their families. Undeterred by even the most difficult cases, Steve has taken on many big name employers such as Rolls-Royce, British Rail, the Merchant Navy and the fire service.

Whether dealing with workers who have developed pleural plaques or have been diagnosed with mesothelioma - with less than a year to live - or asbestos-related lung cancer, Steve’s expertise and knowledge brings swift action, comfort and support to clients and their families. Steve knows that time is of the essence and works quickly and effectively to try to reduce the inevitable stress for clients who have been diagnosed with a fatal condition.

Working for Thompsons fulfils Steve’s firm belief in assisting others, particularly those who face an uncertain future through no fault of their own.

When not at work, Steve can be found running his local Badminton Club or cheering on Bury FC.

Asbestos Disease Claim: Former boiler shop worker, Steven Troop, died in December 2015 after being diagnosed with asbestos-related disease. He contracted the disease from worn asbestos-lined gloves he wore at work and exposure to toxic asbestos dust. Steve won substantial compensation for the family.

Female Mesothelioma Victim: Steve also won compensation for the family of mesothelioma victim Jean Mary Booth, who was employed by a dry cleaning company. She died after developing mesothelioma through just one year of contact with clothing, worn by mineworkers, that was covered in coal and asbestos dust. She was also exposed to asbestos used to lag the pipework.

Steve is accredited as a senior litigator for The Association of Personal Injury Lawyers.

Thompsons Solicitors LLP is rated a first tier firm by the Legal 500 for its personal injury work in the East Midlands.

Andrew Troop, brother of a former Thompsons Solicitors asbestos disease client, said: “Thanks to Thompsons, I’ve realised that something can actually be done after an asbestos disease diagnosis. Employers shouldn’t be allowed to get away with exposing staff to asbestos, even if it was several decades ago, and I would advise anyone who’s suffered a similar loss to our family to speak with Thompsons and see if they can make a compensation claim.”

John Booth, widower of a former Thompsons Solicitors asbestos disease client, said: “I couldn’t believe that my wife died because of something she was exposed to decades ago. She worked at the company for less than a year, but Thompsons explained to me how that can be enough exposure for someone to develop this life-changing disease, which doesn’t show symptoms for years after. If it wasn’t for Steve and the team at Thompsons talking me through this, I would still be in the dark about how dangerous asbestos exposure is.”