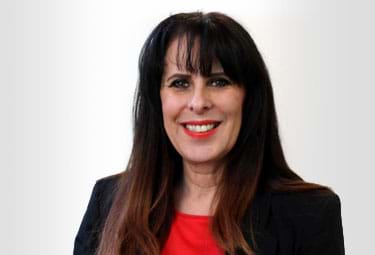 Louise Larkin is a senior supervisor in Thompsons Solicitors’ personal injury and industrial disease team overseeing the work of colleagues largely in Liverpool and Manchester who are dealing with asbestos-related claims.

Louise has represented victims of asbestos-related diseases in both Scotland and England for the last 25 years.  She returned to Thompsons in October 2017 having previously worked at the firm’s Glasgow office.

Based in Thompsons’ Liverpool and Manchester offices and covering the North West of England, Louise’s main role is to supervise and support the asbestos team as well as to represent clients. She also takes a leading role in Thompsons’ PR campaigns.

Louise has won compensation for many clients suffering from Mesothelioma, which is an asbestos-related lung cancer; asbestosis and pleural thickening.

She has represented claimants in a wide range of jobs working in many different kinds of environment.

Louise has written on current legal issues for newspapers on Merseyside as part of her commitment to inform the public about the potentially devastating impact of some forms of asbestos-related disease and about the possibility of winning legal redress. She transmits similar messages through Thompsons’ website, through Twitter and social media generally.

Louise graduated in law at Liverpool John Moores University and secured a legal diploma in advanced civil court work at Strathclyde University. She also holds an NVQ level 3 in British Sign Language and a certificate awarded by the Council for the Advancement of Communication with Deaf People.

Louise is a firm believer in maximising client care, an approach which is a key part of the Thompsons ethos. Louise says the most rewarding element of working for Thompsons is that the firm has a reputation for winning challenging cases and achieving justice for those who are victims of crippling asbestos-related diseases rather than those who are responsible for causing the disease or their insurers. She sets great store by the fact that Thompsons only represent the victims

Away from work, Louise likes to keep fit, read and enjoy fine dining.

Louise is taking the case of mum-of-three and grandmother Sandra Kellett who suffers from mesothelioma having been exposed to asbestos while she was a trainee nurse working in an old hospital building. She now faces an uncertain future, knowing she won’t see her grandchildren grow up.

In September 2017, More than four decades after contact with asbestos, she was diagnosed with right pleural mesothelioma - an asbestos-related cancer that affects the lungs’ linings. Sandra was forced to give up work as a nurse following her diagnosis.

Louise represented a victim of mesothelioma who was a full time carer for his wife who suffered from dementia.  Louise secured nearly £700,000 in compensation from Liverpool City Council to fund his wife’s future care. The compensation was won during the claimant’s lifetime.

Louise also acted for a profoundly deaf couple. She represented the man who was suffering mesothelioma and later his wife following the man’s death. Louise was able to use British Sign Language to act as an interpreter while representing them.

She has secured casework related to asbestos with Disability First.

Member of the Law Society panel. Louise has accreditation with the Association of Personal Injury Lawyers as an asbestos and occupational disease specialist, senior litigator and assessor. She is also a member of asbestos victim support groups covering Merseyside, Cheshire, Cumbria, Lancashire and Greater Manchester and has developed strong links with national resource centre Mesothelioma UK.

Private client Mr M: “It has been a pleasure dealing with Louise Larkin. She has been very professional in her dealings with me, but still retaining a very friendly touch. She is a credit to your company. I would have no hesitation in recommending the firm in future.”

Private client John Hamlet: “I cannot praise the professionalism of Louise Larkin enough: her meticulous care in gathering evidence, the securing of witness statements and her presentation of my case to the Diffuse Mesothelioma Scheme and the successful conclusion and payment into my bank was all done with the minimum of fuss. My thanks again.”