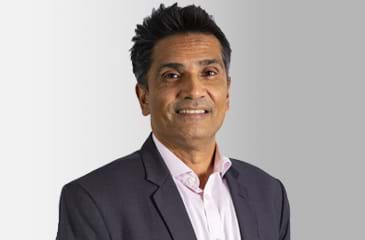 Rakesh sits on the executive board of Thompsons as client relations and talent director.

His role is centred around developing internal communications strategies for the firm, managing its organisational development, and making sure the firm has the best people with the necessary skills all committed to achieving justice for clients.

Rakesh was the former head of employment rights strategy at Thompsons. His history with the firm puts him at the heart of its relationship with trade union clients and sees him lead on its union-focused campaigns.

Rakesh is well known as one of the UK’s leading lights on employment law and can be regularly seen giving talks and lectures on the subject not only to clients, but also as a guest speaker for a number of other organisations, including the Institute of Employment Rights.

His wealth of experience means he is a welcome commentator on employment law for a variety of publications as well as being a frequent contributor to Thompsons' own publications, including the weekly Labour and European Law Review.

Rakesh’s career began in 1992. After qualifying, he worked at Brent Community Law Centre where he specialised in employment, housing, public and social welfare law.

He joined Thompsons in 2001, attracted by the firm’s promise of only ever representing claimants. Nearly 20 years later, he remains proud of its unwavering loyalty to working people and the trade union movement. For Rakesh, Thompsons’ work is not only highly political and pioneering but also valuable and rewarding.

A loyal season ticket holder at Spurs (and patiently waiting for a return of the silverware), Rakesh also lists cycling, walking and listening to music as his interests outside of the football season.

He is also a member of The Law Society panel.

Rakesh provides an excellent service to UNISON and its members. He deals with complex cases in a calm and assured manner.

Thank you so much Rakesh. I am very, very pleased! I can now get on with a dignified exit and enjoy some time off before starting my new job. It has been a pleasure dealing with you.

Rakesh is recognised by market sources for his diligent and effective client service. His negotiation style is also praised, as is his ability to manage complex discrimination cases.

Rakesh Patel offers notable experience advising employees on a range of employment disputes and offers particular expertise in discrimination claims. Interviewees describe him as "cool as a cucumber with a very strong idea of how to run litigation."